Lawrence Kaplan wrote in September about the wasted opportunity to re-engage civil society in the wake of 9/11:

As the famous World War II poster put it, _Remember Pearl Harbor: work — fight — sacrifice!!_ And Americans did. Legions volunteered to join the military (and millions more were drafted), while, on the home front, millions of others labored directly in support of the war effort. They did so, in part, because their president asked them to… “You see those bombers in the sky,” the Irving Berlin tune went, “Rockefeller helped build them and so did I. _I paid my income tax today_.”

Ironically… FDR felt “let down” by the American people. In 1943, the president complained that too many Americans were “laboring under the delusion that the time is past when we must make prodigious sacrifices.” What would he make of the present era? The circumstances that required mass mobilization during World War II are, of course, not the circumstances the United States confronts today. In Bush’s telling, however, the war on terrorism requires something closer to _mass demobilization_.

Meanwhile, it turns out that TV gets trashier as civic engagement declines. Not that I know many people who watch TV, but it’s no wonder that I don’t know anyone who watches trash: they’re all either at home or bowling alone.

During the ’90s, the DDB Needham Life Style survey, which tracks viewer preferences alongside civic habits, showed that viewers who imbibed the trashiest fare were the least likely to be engaged in their communities, while those who watched the news were the most involved… True, Americans have been indulging in wartime escapism ever since the proliferation of carnivals during the Civil War. But “Fear Factor” isn’t escapism. It’s the hallmark of a society that feels it has nothing from which to escape.

I finally dug this out of my list of things to post after piping up at a recent community meeting. Others tended to blame apathy on demographics: give us more families with children who stick around and fewer renters, and supposedly everything will be better. Yet the couples building those problematically huge McMansions — my favorite example: the couple “thinking about” having children who demanded 5,500 sq ft with a penthouse hot-tub cabana — have children and own single-family houses, and yet are less invested in the neighborhood than some young renters. (I was easily the only one in the room under 30, and certainly the only non-White.) Even if PTA soccer moms invaded the neighborhood, they wouldn’t solve the problem: their primary complaint is always over-extension. With “affordable” houses going for $1M, it’s no wonder that both parents have 60-hour weeks down at the firm.

Fighting apathy requires a fundamentally different approach to politics. What exactly that is, I’m not entirely sure yet, but I’d sure be interested in examples. 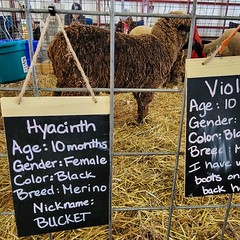