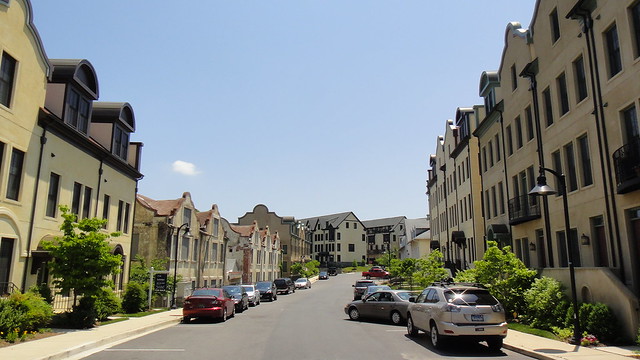 Ben Adler from Grist wrote about a recent NYT trend piece about how suburbia is hollowing out, with few young families to replace the empty nesters. He puts too much emphasis on gross migration and population change, without drilling into how those components have been changing:

A handful of coastal and upper Midwestern cities are attracting more young professionals than before and are retaining them for longer… Even where gentrifiers are moving in at a pace sufficient to reverse outmigration, they’re barely making in a dent in reversing the tide.

Migration population losses from cities paint an unnecessarily dire view of urban prospects. There is a good reason why large metros would tend to lose people to domestic migration — and, for the 20th century, pretty much always did. A statistically significant group of young people move to large cities, get married there, have kids, and then move away in search of more appropriate housing. Two people move in, three move out: presto, population “loss,” even though the same number of people moved in and out. Similarly, for decades a steady flow of retirees southward, away from large cities, was a good thing for society — an indicator that healthier seniors were physically able to move, rather than remaining house-bound.

Yet long-established movements like these (plus shrinking household sizes, plunging overcrowding, the twin crises of deindustrialization and crime, and employment displacing relatively dense central-city residential), may have largely run their course.

Yes, this does indicate that “the school problem” remains,* but indications are that cities are attracting more young people, and retaining them for more years. This is occurring both before and after the critical life milestone of marriage: new households are overwhelmingly singles, couples, and unrelated persons. Whereas many of the 1950s pioneers who settled what are now inner-ring suburbs were young families headed by 20-somethings, or maybe 30-somethings, today many married couples (without kids, or with young children) stay in the city for longer.

the number of children younger than 5 has grown by almost 20 percent, from 33,000 to 39,000, according to census figures. In the same time span, the number of children ages 5 to 13 rose 7 percent. But there were fewer children 14 and older, suggesting that many parents still choose to leave the city when their children reach high school.

This also shows up anecdotally, as in the NYT’s quote of a Westchester County official (“Parents used to be 35ish, now they’re 45ish. What we’re seeing is not so much an exodus as a later arrival”) and this observation (at a recent ULI conference) by the biggest developer of townhouses inside the Beltway:

Bob Youngentob, EYA: years ago, people were buying THs, staying 3-4 y, then going to suburbs. it has definitely changed #ULIDCTrends

BY: today, the [extra] bedrooms are getting used as bedrooms not as home offices #ulidctrends — Payton Chung (@paytonchung) April 4, 2014

BY: a dramatic shift, people who want to stay in the city, willing to make the tradeoffs to stay in urban locations #ulidctrends

BY: not sure they’re all going to move out to the suburbs, I don’t think they will. if I were doing it again, might do the same #ulidctrends — Payton Chung (@paytonchung) April 4, 2014 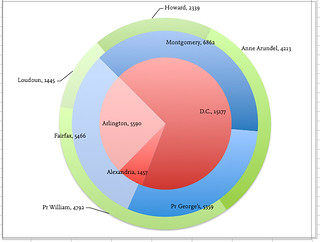 A larger share of households spending more years living in the city is a marginal boon to cities’ residential market share. Few Americans live in one place for life, anyways, but imagine the implication for apartment owners as their tenant pool both grows in size and stays longer.

Meanwhile, population decline hasn’t hurt some urban areas (like my old neighborhood of Bucktown, where densities on some blocks have fallen 90% since their WW1 peaks, and continued falling in recent years). These can feel more lively and active than ever, even with much-reduced populations, because incomes are way up. More disposable income can substitute for a smaller population; retailers look for underserved pockets of spending power, not necessarily people.

Yes, at the end of the day, cities need to provide homes for a growing global population and so should welcome growing populations. However, gross population shifts need to be disaggregated and viewed cautiously.

On another note entirely, I’d like to honor the recent passing of Donald Bogue, 1918-2014, who taught me much of what I know about demographic processes. (My “Relocated Yankees” paper was done as a final project for his class.) Even though he was well into his eighties when I took his class, his approach was the best of UChicago: thoughtful, broadly read, engaging, and kindly critical, and he helped to tie together a lot of loose ends that I’d thought about for many years. He leaves behind a tremendous published legacy — scores of publications in the Library of Congress, for instance — and his work on topics like Skid Row still has strong resonance in planning today, for example in understanding the historical intersections between homelessness and place.

* Don’t look at me for any answers; this isn’t a school policy blog.