The Opportunity Zone maps for greater Washington and for Raleigh had two particularly puzzling inclusions: the Lake Anne area in Reston, and the Kildaire Farm area in Cary. How is new investment intended to transform planned communities, which had always been intended to remain exactly the same?

I happen to have a soft spot for both areas (pioneering planned communities in their respective areas) so I looked around at both and just could not figure out how this is expected to work.

OZs require drastic change
In order to qualify as an OZ investment, a real estate investment has to meet the “substantial improvement test” — similar to the Historic Tax Credit. This essentially means that a renovation must “double the basis,” or spend as much on the improvements as the original value of the building (minus the land).

Accountants often use an 80/20 guideline to split the value of a property, with 80% of the value assigned to the building and 20% to the land. Sure enough, the tax value of even the mixed-use shophouses around Lake Anne* is split 80/20. 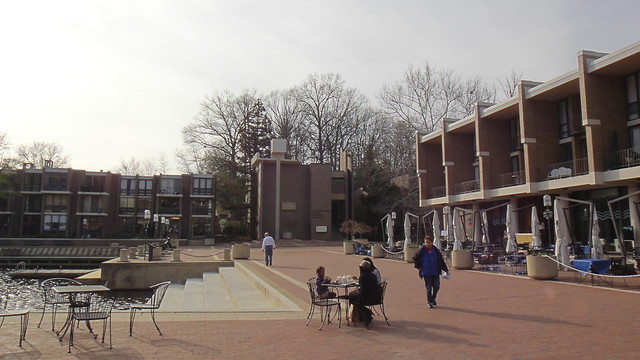 Lake Anne’s waterfront, with shophouses behind.

That means coming up with the acquisition price, and then spending another 80% of the purchase price on improvements. It’s pretty much impossible to do this within an existing building, unless said envelope is in very bad shape (e.g., a burned shell). The tax values of Lake Anne shophouses run about $650,000, of which $521,000 is the building—a breathtaking amount to spend on anything shy of full reconstruction.

Now, it’s easy to spend that 80% if you’re building something new, like an addition or new buildings. But that brings us to:

OZs pretty much require by-right development
The OZ law reserves its most lucrative tax breaks for capital gains that are reinvested in 2019, and thus deployed into new construction soon thereafter (within 31 months, according to the first set of regulations). And while the program can be used for many kinds of investments, including equity stakes in operating businesses, its most straightforward application is for construction of rental real estate. 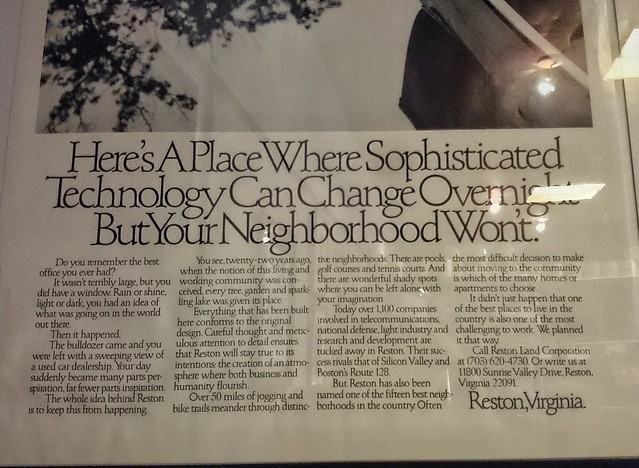 That timeline leaves precious little time to deal with the uncertainty of, say, the rezoning process. But these two areas are both pretty much entirely within the purview of strictly controlled planned-community zoning districts. Hence, any changes would have to go through not only appearance boards, but also reopening the entire planned community zone — surely a contentious process. There’s a reason why entitled development opportunities in OZs are suddenly drawing lots of investor interest.

While newly issued regulations do permit some space for regulatory delays, no reasonable investor would take on this sort of risk, given that falling afoul of the OZ rules results in tax penalties.

Therefore, the only reasonable investment an Opportunity Fund could make would be into an already-entitled, large-scale development. There is one such proposal that’s been tabled near Lake Anne, and on county-owned land no less, which might explain the county’s interest in getting the area certified as an OZ.

Meanwhile, there are a few single-family houses in one corner of the Kildaire Farm tract which are zoned for multifamily, and thus conceivably could be scraped and redeveloped. There’s also a pocket of houses outside the PUD on larger lots, which could be added on to — perhaps using Cary’s surprisingly lenient internal-ADU (“Utility Dwelling Unit”) law.

* Again proving the rule that the key to unique retail is small, divided ownership