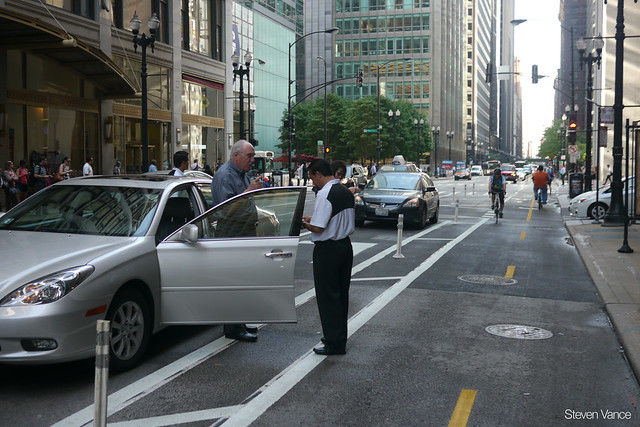 1. Telecommuting is great, but only to a point. According to Gallup, “the ability to work remotely corresponds with higher engagement, but primarily among those who spend less than 20% of their total working time doing so.” Employees who spent more than 50% of their time working remotely had engagement and disengagement figures similar to those who never worked remotely. (The release also has some nice quotes from Vint Cerf at Google about the value of face-to-face interaction, and how they’ve sought to increase collaboration within the workplace.)

2. On a similar note about the potential of telematics, there’s a lot of hype out there about autonomous vehicles, aka driverless cars, but Nat Bottigheimer and my former colleague Brooks Rainwater have appropriately measured responses.

In the few conversations I’ve had with transportation professionals about their impact, their understanding is similarly muted. Yes, platoons of autonomous vehicles will squeeze a little bit more capacity out of existing roads while maintaining laminar flow, but it’s not as if there’s scads of peak-hour capacity remaining to be had.

The really big impact will be upon parking. By removing the cost and hassle of parking at the final destination could make urban centers even more valuable, and further diminish the primary appeal of drivable (really, parkable) suburbia — which is that it’s easy to drive to, and park at. If both of those factors become immaterial, then why bother driving to the B-mall when you could go straight to the A-mall, or downtown?

Similarly, an interesting class divide could arise if the vehicles really do succeed in eliminating driver-error crashes. Such crashes could soon become stigmatized as something that only happens to poor people who can’t afford fancy crash-avoidance technology. (Do people today cluck-cluck with resignation about people maimed in car crashes because the inexpensive cars said victims bought used were not equipped with adequate airbags?)

One thought on “Telematics can reinforce centralization”