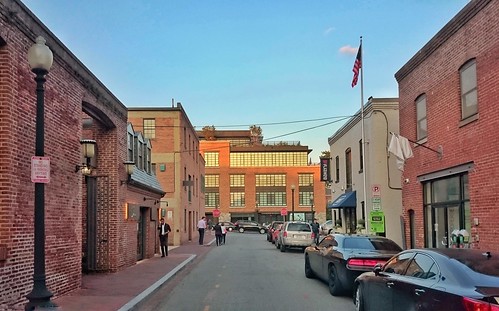 There’s one passage in Death and Life where Jane Jacobs singles out the District for praise. Not surprisingly, it’s for the back streets of Georgetown, which (of course) house some of my favorite little eateries.

In city districts that become successful or magnetic, streets are virtually never made to disappear. Quite the contrary. Where it is possible, they multiply. Thus in the Rittenhouse Square district of Philadelphia and in Georgetown in the District of Columbia, what were once back alleys down the centers of blocks have become streets with buildings fronting on them, and users using them like streets. In Philadelphia, they often include commerce. 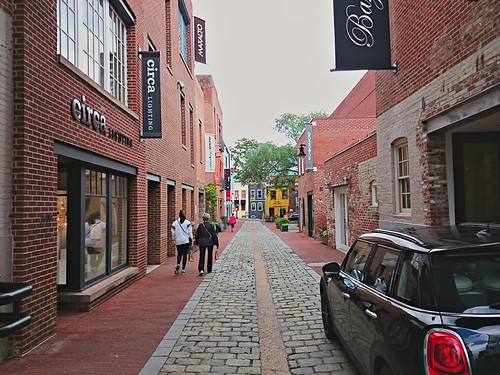 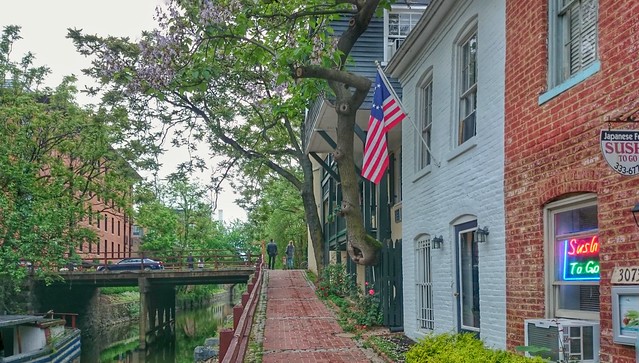 C&O Towpath at 31st St., with Sushi to Go. Baked & Wired, Il Canale, and Snap Cafe are around the corner. 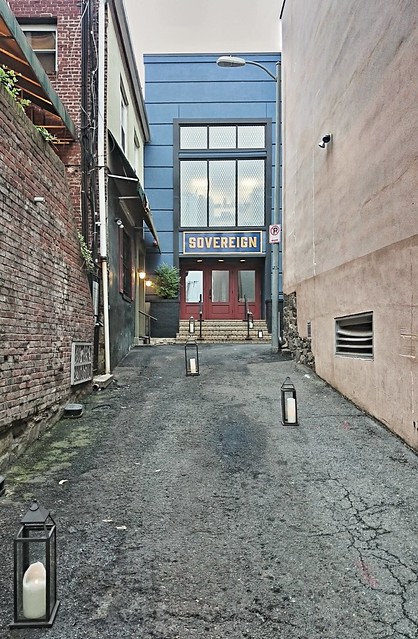 The newly opened Sovereign lies just behind the 100% corner at Wisconsin & M, at the end of an unnamed alley. More retail is planned for the interior of this block, between M, Wisconsin, Prospect, and Potomac.