I’ve been taking a time series of photos of construction at the Wharf from two vantage points for several months now: from the Case Bridge (under the sign for D St.) and from Banneker Overlook (by the trash can).

By complete coincidence, I seem to have snapped photos on 22 July 2015 and 22 July 2016. In July 2015, excavation was wrapping up and the tower cranes were just arriving to start building back out of the hole. In July 2016, the hotel towers appear to be almost topped-off. 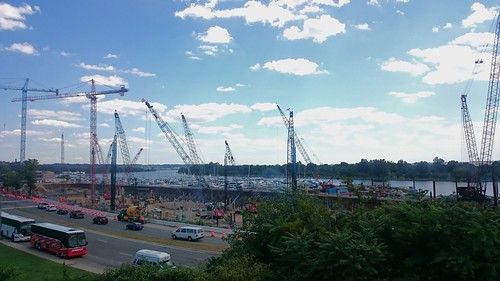 Banneker Overlook, July 2015. There are still pile drivers on the site to drill the foundation, but the first tower cranes had just arrived. 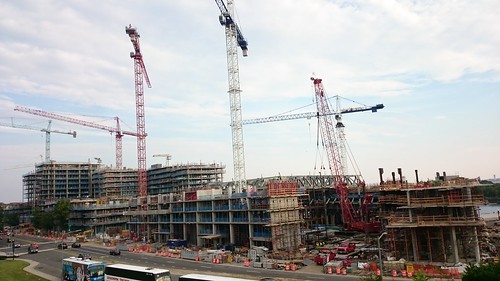 Banneker Overlook, July 2016. 950 Maine Avenue is front and center; below the trusses in the middle of the block will be a 6,000-seat venue, wrapped with two apartment towers. 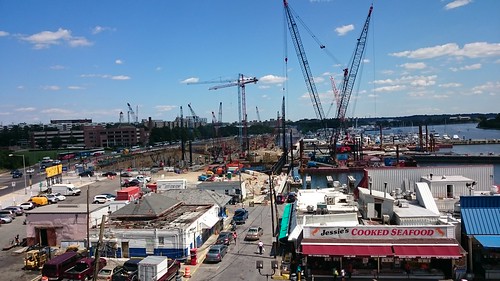 Case Bridge, July 2015. Water-side construction of the piers was still taking place, and the excavation roads were still in use. 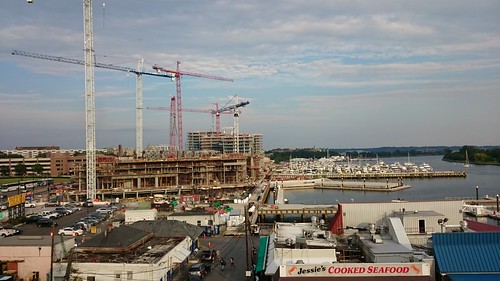 (This isn’t really a Friday photo post, but it’s Thursday and I’ll be on vacation tomorrow.)