Last week, I published a ULI Case Study about One North in Portland, an architecturally inventive response to my previous speculation that “new-build loft offices could be popular in similar downtown-adjacent submarkets, and transformative for Sunbelt cities where sparse ‘warehouse districts’ have little competing product.”

Indeed, the anchor tenant at One North is a mid-sized tech company that had outgrown its space in Portland’s Central Eastside. As in many other growing cities, there just wasn’t a cool old loft big enough, so instead they found a cool new loft. 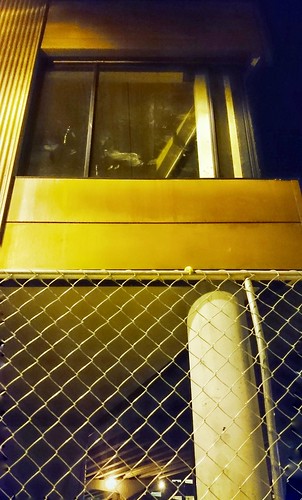 I also had a chance last week to check in on T3, Hines’ new cross-laminated timber office building in Minneapolis. Less than a year after groundbreaking, the structure is complete and the facade is almost completely hung — almost a year faster than a comparably sized concrete building takes to build. The superstructure took less than 10 weeks to build.

The model is so successful that Hines is now replicating the T3 building at another location that’s even hungrier for lofts: Atlantic Station in Midtown Atlanta.

Here in DC, one great location could be the PDR-2 zoned land (90′ height permitted with setback, no residential) on the west side of the Met Branch Trail along Eckington and Edgewood, one of the hottest corridors in town. Another could be around Union Market/Gallaudet, where JBG’s Andrew VanHorn says “we see the tenant base there evolving. The pre-lease opportunities we’re talking to for our office building are all private market, very young companies, as far as their employee demographics.” Or maybe this is what his firm has in mind for the “creative loft office” at RTC West.

An aside: this is another strike against “Investment Ready Places.” It sounds counter-intuitive, but it’s easier to move buildings to people than to move people to buildings. The “good bones” that economically unviable places have can have “good enough” replicas in New Urbanist settings like Atlantic Station and Reston Town Center. Not to mention that building all of the new infrastructure to overcome IRPs’ deficient locations, and then rehabilitating their buildings to code, would be much more expensive than just building anew in prime locations. It’s cheaper and easier to build new lofts in Reston than to rehab lofts in West Baltimore, and to build the new rail connection that would make West Baltimore feasible for NoVA’s growing companies.

Cities are built around people, not the other way around.

2017 update: Construction has started on an 800,000 sq ft HT building on the Brooklyn waterfront.