A quick trip to Norfolk last weekend turned up at least one pleasant surprise: a tradition of Chicago-esque stacked flats apartment buildings, here in the rowhouse-heavy Mid-Atlantic. Many were around the Ghent neighborhood, primarily along higher-traffic (probably former streetcar route) streets like Colonial Ave. and Hampton Blvd.

The neighborhood’s lots are a fairly generous 30′ wide, so a double lot can easily fit narrow courtyards between three-story stacked flats: 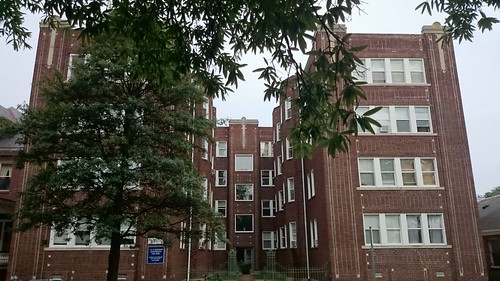 More common, though, were double-lot six-flats — with deep neoclassical porches, reflecting the fact that they are, after all, in the South: 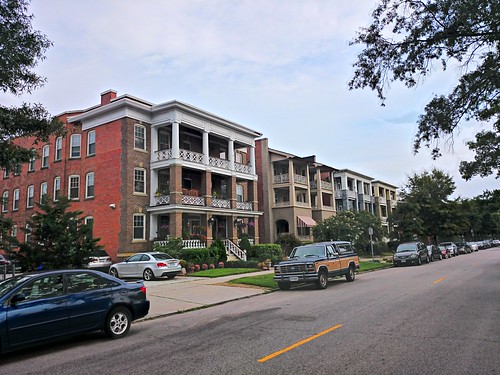 Just as surprising was this liner apartment building, apparently built in 2006 at the corner of Colonial and Princess Anne to mask a 1970s-era serrated senior housing high-rise. The porch detailing is a bit clumsily done — the building is too wide and shallow to match to the six-flats’ columns across the street — but the building holds a busy corner much better than whatever parking lot or open lawn that preceded it. Similar proposals have been controversial even in New York City, so it’s heartening to see a fairly good example. 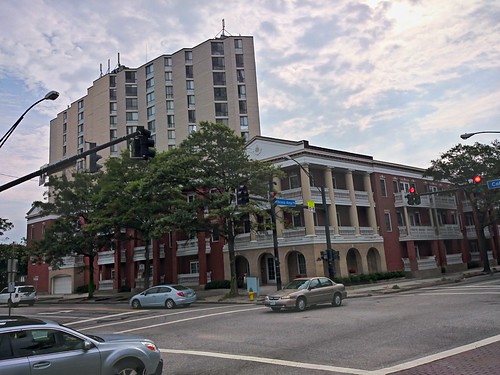 The Chicago six-flat is a particular adaptation to several factors: fairly wide (25′-28′) lots, readily available brick, and a fire code that both largely banned party walls and required two exit stairs. They’re readily identifiable from a front stair off to the side, leaving space for a spacious “front room,” and exposed “back porches.” True to form, the Norfolk houses also had exposed rear exit stairs, even in the absence of alleys.

Alas, the city’s pattern books don’t have much to say about the type.