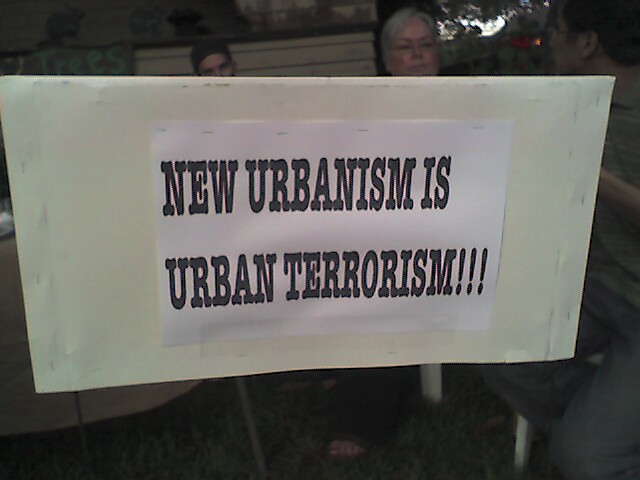 I snarkily wrote up a little headline last Monday: “Belmont Bypass’ Immediate Neighbors Slam Outreach, Will Vote On Keeping Bottleneck.” Then Daniel Kay Hertz wrote a somewhat fuller reponse, pointing out that a few people would vote on a project that impacts rail service for hundreds of thousands.

(Not surprisingly, the referendum failed, with 583 votes against. In June 2014, the three rail lines that would benefit from the bypass carried 6,353,313 passengers.)

Many broadly beneficial, but locally detrimental, projects are subject to being torpedoed by hyper-local concerns. As with any Locally Undesirable Land Use (LULU), the benefits are broadly distributed but the costs are highly focused. Many will gain a bit, but the benefits are in the distant future and somewhat speculative, so the issue has soft salience to the majority. On the other hand, a few will lose a lot, so those loss-averse few have a strong incentive to fight tooth and nail against threats to their homes. It’s just human nature.

Later comments directed at both Hertz and I raised the specter of Robert Moses bulldozing East Tremont for the Cross-Bronx Expressway. Yes, there are some surface similarities: properties expropriated for a transportation improvement. Yet these projects differ incredibly, not just in what is being done, but more importantly in how they are done.

@urbanophile @DanielKayHertz Had to check twice to make sure it wasn’t a guest post from Robert Moses.

A new highway arguably fails a cost-benefit analysis once social costs are calculated: It exacts leviathan costs, from destroying communities to contributing mightily to destabilizing the planet’s climate. (This probably even applied in Moses’ era, before thousands of miles of highways were built, subjecting further investments to the law of diminishing returns.) A new transit connection has a much better balance sheet. The Belmont Bypass has particularly high leverage, since it finally unleashes the bottlenecked potential of the miles of four-track structure beyond it.

More important is how the project is executed. In a democracy, the majority rules with respect for the basic rights of the minority. Moses infamously low-balled property owners when seizing land, and paid tenants (and rent-controlled tenants in an era of high housing inflation arguably hold a claim resembling property) almost nothing; such expropriation is clearly contrary to the Fifth Amendment or to the UDHR‘s Article 17.

Several property owners stand to lose their property to the Belmont Bypass. In such a high-profile situation, which public opinion broadly in their favor and multimillion-dollar properties on the line, I imagine that this group will receive just compensation — quite unlike the residents of East Tremont, who were largely ignored by the press, whose cries for help went almost entirely unheard by their legislators, and who lacked funds to file lawsuits.

Yes, a slightly larger population will be inconvenienced by construction for a few years, and this crowd appears to have provided most of those damning 583 votes. While pollution, even non-toxic pollution such as carbon, can justifiably be construed as violating others’ right to life, the noise and dust from construction can be mitigated to a significant extent.

In short, the substantial benefit that the majority will derive can justly be seen as outweighing the relatively minor rights claims in this instance, and the comparison to Robert Moses is spurious.

Of course, it’s rare for citywide transit agencies to make decisions at the hyperlocal level. Yet it’s absolutely typical for decisions to be made about permitting additional housing at almost a parcel level; in that case, the marginal benefit to other regional residents is so marginal as to be doubted entirely. Yet affordable rentals, in particular, are a LULU that local NIMBYs have successfully engineered the regulatory regime to discriminate against. Ryan Avent writes in the Economist: “The benefits and costs of population growth occur in a way that practically guarantees highly restrictive building rules.” Michael Lewyn takes the view that “cities cannot be trusted to weigh the citywide interest in new housing against neighborhood concerns… the chances of abuse are simply so high that a higher authority must step in.”

One thought on “Majority rule, minority rights — or Moses and NIMBYs”