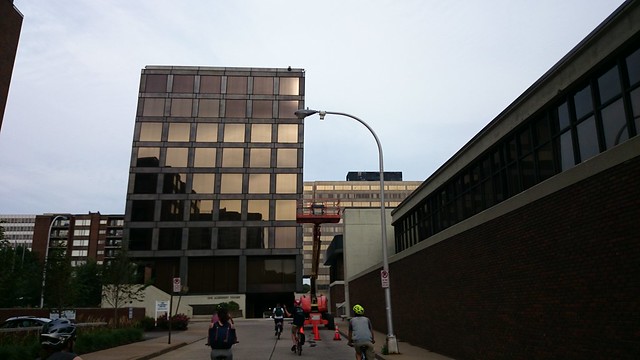 “Vanishing twin syndrome” is an eerie phenomenon wherein one fetal twin seems to absorb another. Its counterpart, in the annals of American cities, might be called “vanquished twin syndrome”: where one city annexes another, then proceeds to obliterate any trace of its core through concerted redevelopment.

Some of the more notable examples are cities settled at confluences, which naturally offer a choice of multiple townsites on various riverbanks.

Denver faced Auraria across Cherry Creek, the Allegheny River separated its eponymous town (pictured above) from Pittsburgh, and the fork of the Milwaukee and Menomonee rivers fostered three towns — Juneau (east), Kilbourn (west), and Walker’s Point (south). Portland consolidated with East Portland and Albina across the Willamette. Baltimore subsumed Jonestown to its east, oddly giving its newer rival the nickname “Oldtown.”

Yet as these towns were absorbed into larger cities across the way, the old downtowns of Auraria, Allegheny, and Kilbourn all declined into Skid Rows, offering a uniquely cheap combination of deteriorated, frontier-era buildings within a short walk of the principal downtown. Shunned and looked down upon by the ascendant city’s downtown elite and starved for resources (namely the intra-city transportation links that funneled commuters to the principal downtown), they became prime targets for urban renewal.

Kilbourn was wiped out early on, by a City Beautiful government complex. Allegheny’s center was leveled by Alcoa in the 1960s. Auraria was demolished for a university campus in the 1970s. Oldtown was only partially leveled for housing projects; its main street was then important enough to warrant a federally funded pedestrian mall. 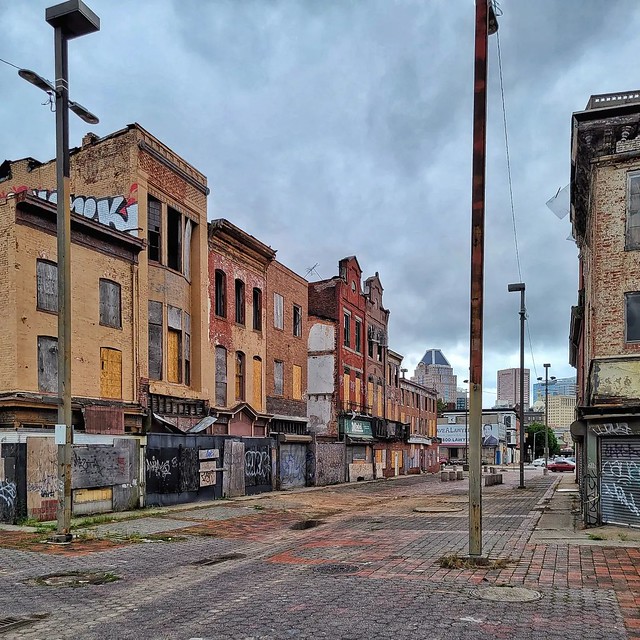 In a weird twist on the theme, Minneapolis absorbed its rival St. Anthony — but proceeded to tear down its own birthplace, while neglecting its rival for so long that it remained standing until the adaptive-reuse age could rescue it.