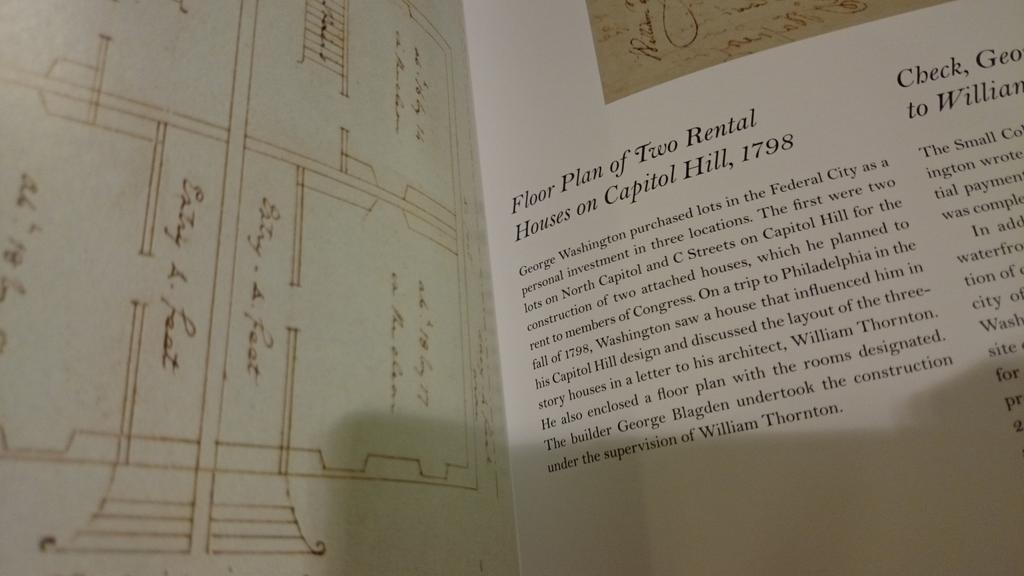 I recently came across these plans by a fantastically wealthy land speculator, seeking to profit by ruining DC’s pristine Capitol Hill neighborhood with a towering building crammed full of tiny rental “microunit” apartments for immoral singles — rather than wholesome nuclear families! This kingpin practices his avarice from posh Fairfax County, within a “resplendent” mansion overlooking the Potomac.

This paragon of greedy, out-of-town developers is, of course, George Washington, the very namesake of Washington city. (Yet another greedy developer, Alexander “Boss” Shepherd, is memorialized with a statue right outside the Wilson Building.) Cities don’t arise via immaculate conception; they’re built by developers.

John DeFerrari’s book Lost Washington has a much more detailed account of the houses, showing that the NIMBY nightmare of “out of scale” “overdevelopment” was indeed what this city, and all other cities, was built on. (Otherwise, we’d all still be in caves!) Washington wrote to his architect, “Although my house, or houses… are I believe, upon a larger scale than any in the vicinity… capable of accommodating between twenty and thirty boarders.” A later, even greedier, developer popped up (and popped-under) the ruined buildings in the aftermath of 1814’s fire, and the buildings grew to six stories tall. Anti-pop-up NIMBYs might take heart from its fate: it then descended into criminal infamy and was bulldozed for a park.

[The plans in the photo above are from GW’s Albert Small Collection. More background, including photographs and illustrations of the houses at various points in time, is at Streets of Washington.]