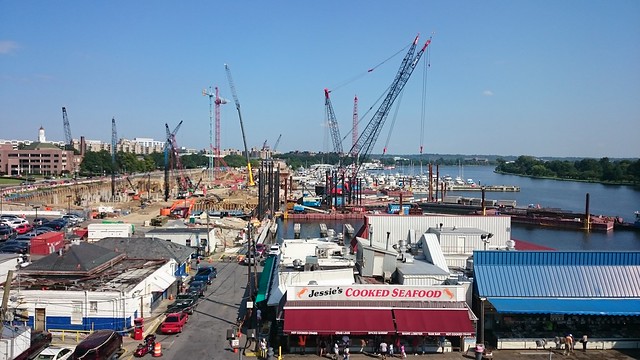 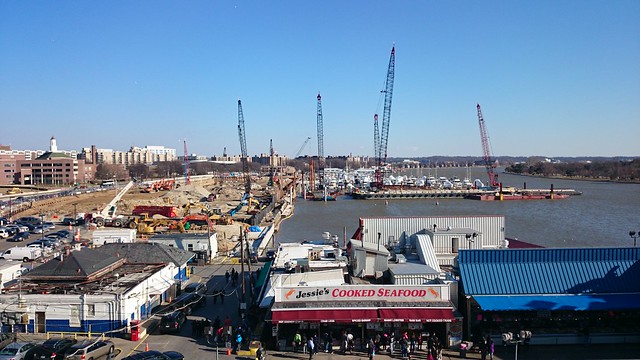 I’ve been trying out a faux-time-lapse-photo series of the ongoing construction of the Wharf, the mega-project just a few blocks down the street. The photos are taken from the Case Bridge, under the “L’Enfant Promenade, Keep Right” sign.

Since the lower photo was taken in March, the piers have been substantially completed, thousands of foundation piles have been nailed into the ground, excavation has been completed for the sitewide underground parking garage, and some of the first structural supports. Since the site is just about at sea level, substantial pumping will continue to keep seawater out of the hole until the foundation is complete. Two of seven tower cranes have arrived on this side.

Also, be sure to check out my posts at Greater Greater Washington. I used to crosspost all of them, but haven’t done so as much lately.