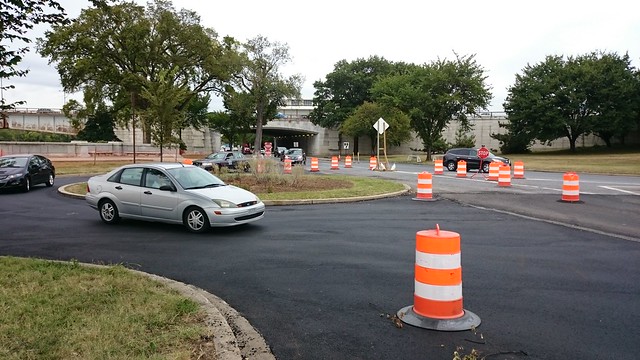 Peters Point, which I earlier called the worst trail junction in town, was miraculously fixed for a few days.

All it took was a resurfacing project that sent cars around the useless little loop. Since the drivers were forced to slow down and pay attention, they were much more likely to notice the crosswalk and yield to pedestrians. That’s even though the temporary crosswalk was more difficult to see, and a set of warning signs were taken away.

Now that the main roadway resurfacing is complete, though, everything’s back to “normal” now. The really sharply angled ramp has been regraded, and perhaps the crosswalk will be restriped with a ladder rather than two thin lines, but I don’t expect to see compliance to ever again be quite as high.

Not that the deadly and criminal behavior by car drivers stopped, of course. This guy illegally blew through the crosswalk without stopping, slowing, or even bothering to look for the cross traffic that was inches away. 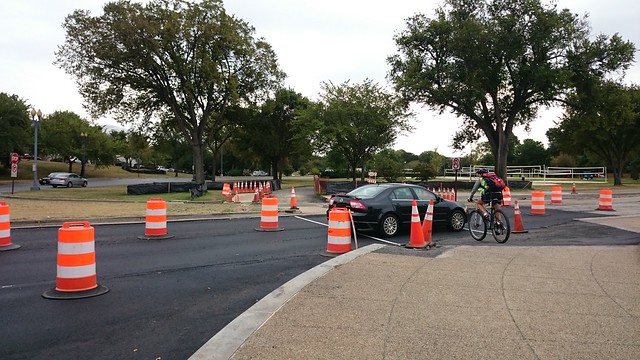