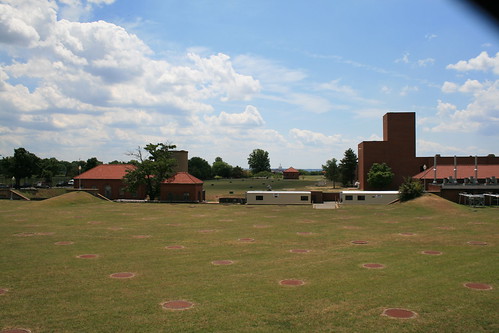 You can see the Capitol Dome from here. Photo by Eric Fidler, via Flickr

Yes, the McMillan Sand Filtration Site is one mile (from either end of the site) to the Red Line. It’s even 0.6 miles to the nearest express bus route (Georgia Avenue’s 79), and key network improvements are still in the planning stages. Yet from the point of view of someone who wants to reduce auto dependence (and the concomitant pollution, injury, and sprawl), what matters most is that MSFS is close to downtown, rather than close to Metro.

Transportation planning research has consistently shown that location relative to downtown and to other land uses is far more closely associated with the amount of driving than location relative to transit. Ewing and Cervero’s definitive 2010 meta-analysis (cited by 679 other scholarly articles) examined over 200 other studies, then combined the correlations found by 62 different studies:

Yes, it turns out that the number of miles that people drive is four-and-a-half times as closely correlated with the distance to downtown than with the distance to a transit stop. This strong relationship between driving and distance to downtown is borne out in local survey research by MWCOG/TPB. Note that whether an area has Metro access (like Largo or White Flint, vs. the Purple Line corridor) doesn’t actually seem to impact the number of drive-alone (SOV) trips. 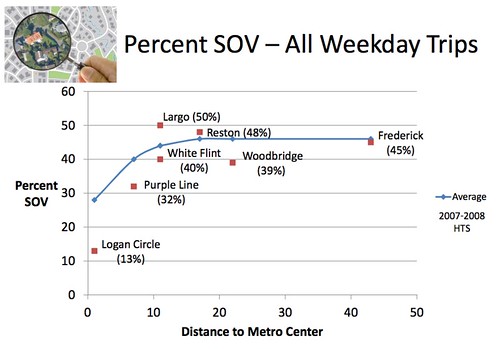 Some suggest that development proposed for this site should instead go elsewhere. If the development is denied, those residents and employees and shoppers won’t just disappear, they’ll just go somewhere else. They won’t go to superior locations even closer to downtown and Metro (because those are so very plentiful!), but rather to far inferior locations. For instance, the life-sciences employers might choose an alternative location within our region that has already approved a similar mix of uses — such as Viva White Oak, Inova Fairfax, Great Seneca Science Corridor, and University Center in Ashburn, all of which are much further from both downtown and Metro. 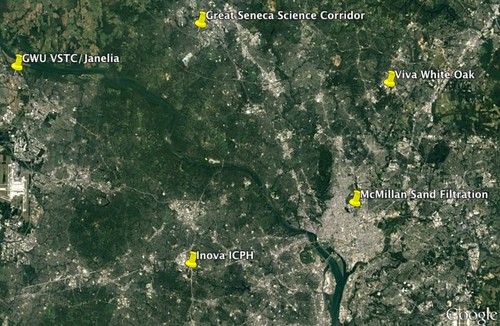 This isn’t just the suburbs’ fault. Within the District, even more intensive development than what’s proposed at MSFS has already been given the go-ahead at locations such as the Armed Forces Retirement Home, Hecht Warehouse, and Buzzard Point. All of those sites are also inferior to MSFS from the standpoint of not just transit accessibility and distance to Metro Center, but also on all of the other factors shown to reduce VMT. 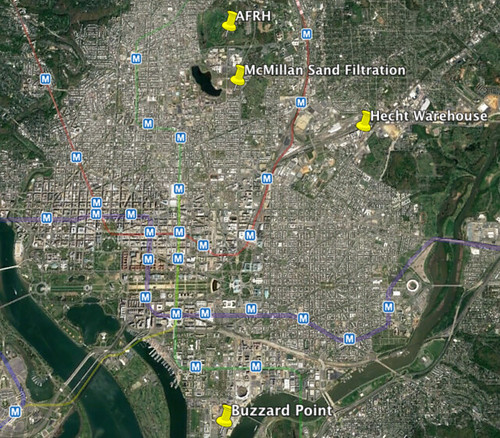 If the “Reasonable Development” types truly do care about reducing driving, I must have missed their years of caterwauling over the approval of all these other sites — not to mention the countless suburban developments that together pave over 100 acres of open space every single day in the Chesapeake Bay watershed. That’s why I give more credence to the people who do actually care about paving over the region, like the Piedmont Environmental Council — a/k/a the Coalition for Smarter Growth.