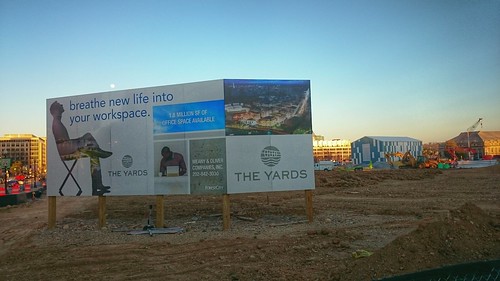 Site availability, not incentives, are of “paramount importance” to Amazon.

A lot of the early press around the Amazon HQ2 announcement zeroed in on the usual economic-development narrative of a company shopping around for incentives. Yet a close reading of the RFP reveals that incentives are actually a middling concern for Amazon.

The RFP reveals (as Benjamin Romano also writes) that Amazon feels that it’s outgrown Seattle; they feel as if they’ve hired everyone in Seattle who could work for them, and growth requires tapping into a new labor pool. The company isn’t hungry for cash; it needs people, space, and speed.

I’ve plucked out the various considerations listed in the RFP and rearranged them roughly in order of urgency:

“Could be, but does not have to be”

Site-specific statistics that must be provided, and therefore will be considered:

Regional statistics that must be provided, and therefore will be considered:

So, what locations make sense on the East Coast?

The RFP only calls out two criteria as “of paramount importance”: fiber data service, and having a shovel-ready site of 0.5-1.0 million sq ft, with on-site or adjacent expansion to 8 MSF.

The site not only should be zoned already, it needs to have utility capacity in place. The 2019 timeline leaves zero time for rezonings, public hearings, geological surprises, soil contamination, lease buy-outs, tenant relocation, wish-upon-a-star transit lines, etc. It means either clean dirt that’s ready to go, or a monster of a cold-shell building that already has construction crews hard at work.

It’s hard to overstate how enormous this project is. It’s more than the total commercial (retail, office, hotel) space that now exists at National Harbor. It’s more than the total commercial space contemplated in the long-range plans for Downtown Columbia or White Flint — much less what’s already gone through zoning approvals. It’s bigger than the entire Capital One campus plan at the McLean Metro, or Under Armour’s Port Covington campus plan in Baltimore. It’s more office space than even what could be built under the Navy Yard area’s zoning. It’s twice as big as the Pentagon.

The Greater Washington office market is the country’s third biggest, after NY and Chicago (other large cities’ employment bases are more industrial). This is one of a few regions in America where developers regularly propose 1+ MSF office sites — largely hoping for giant federal leases. (Granted, cities like Atlanta, Chicago, and Dallas often give away zoning for the asking; Toyota doubled its Plano campus’ size during negotiations.)

Most local sites might have shovel-ready space for Phase 1, but not necessarily plans in place to accommodate phases 2-3-4. Only two come to mind: Tysons Corner and Crystal City-Pentagon City.

These sites compare favorably to other leading East Coast contenders: Schuylkill Yards or UCity Square in Philadelphia and Seaport Square in Boston are by far those cities’ largest sites, with superior access to intercity transport and higher ed, but both are approved for only ~3 MSF of office. (The Philadelphia sites are adjacent to air-rights parcels that may be available later, and for which plans have been floated, but the metro area has a considerably smaller technical talent pool.) The Boston submission ended up focusing on the Suffolk Downs racetrack, which is centrally located within the region but clear across downtown from the region’s plush suburbs and educational institutions.

The obvious sites in downtown Atlanta, like the Gulch, are still visions rather than plans, with fragmented ownership and poor infrastructure/access. It appears 2 MSF of Class A office is vacant downtown, but by far the largest and highest-profile block is Bank of America Center, a mile north — and much closer to Tech and Midtown. Too bad the Gulch isn’t on the other side of downtown.

Colossal loft conversions might fit the bill elsewhere, as with the warm shell of Chicago‘s Old Main Post Office — one of the country’s biggest buildings at 2.5M sq. ft., and so impossibly huge that its size had been the stumbling block to several previous plans. It happens to sit astride a subway line, highway, and fiber lines, and within a block are three approved plans for five new build-to-suit office towers.

It could also spread across a few six-figure spaces on the Brooklyn waterfront; although the area’s comparatively small office market isn’t promising, industrial space is relatively plentiful.

The Dallas Morning News’ old printing plant and the mostly-empty Dallas Union Station building have a combined 425,000 square feet, and happen to sit next to not just many empty lots but also an iconic sphere thing.

Regarding HQ1, Bezos is on record saying, “We could have built a suburban campus… I think it would have been the wrong decision.” Amazon VP for global real estate John Schoettler echoes: “Jeff said the type of employees we want to hire and retain will want to live in an urban environment…. We could have gone to the suburbs, and we could have built a campus.”

Bezos was also heavily involved in siting the Washington Post’s new office. A key consultant says: “One discipline Bezos brought in was money… He saw [a fringe site] as a lot of empty holes, not urban-istic.”

Update May 2018: Arlington, TX confirms they were told “it wanted an already-developed urban core.”

Which locations have a deep enough talent pool to draw from?

A large labor force, primarily technical but also executive, is another “required” factor. Crain’s Detroit points out that “Amazon’s biggest business impediment is labor”: it has over 6,000 current vacancies in Seattle, 75% of which are technical. Real estate brokerage CBRE recently published a report, based on BLS data, comparing cities’ “tech talent” (“software developers and programmers; computer support, database and systems; technology and engineering related; and computer and information system managers”).

Three of CBRE’s charts stood out to me: